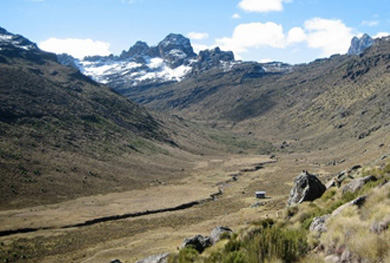 The shortest route and it requires 4 nights/5 days and goes via campsites at Judmaier, Shipton’s Hall Tarns and the Mt. Kenya Bandas. This route starts at the Sirimon Gate, on the northwest side of the mountain. The park gate is linked to the main tar road between Nanyuki and Isiolo.

All about the 5 Days Mt. Kenya Trekking Sirimon – Chogoria Route.

The shortest route and it requires 4 nights/5 days and goes via campsites at Judmaier, Shipton’s Hall Tarns and the Mt. Kenya Bandas. This route starts at the Sirimon Gate, on the northwest side of the mountain. The park gate is linked to the main tar road between Nanyuki and Isiolo.

From the gate follow the track as it winds uphill through the forest, which becomes heath land after about 3hrs. About 31/2hours from the gate, the track veers right and crosses a small stream next to some concrete blocks and an old barrier. Just before the stream, on the left, is Judmaier camp (3340m), a flat camping area in between large clumps of heather. If you’re not camping, 10minutes further up the hill is the Old Moses Camp bunkhouse. From Judmaier camp, the summits of Batian and Nelion are visible to the south, just to the right of two other peaks called Terere and Sendeo, which looks larger than the main peaks viewed from this angle. Meals and Overnight will be served at Judmaier camp

13km, 6-7hrs, 890m ascent From Judmaier Camp, follow the track uphill, One hour later you will cross a stream and reach a fork that goes to Liki North Hut (3990m). Continue up the valley for another hour to cross the river and reach a flat grassy area below a cliff of small overhangs called Shipton’s Caves. The path goes steeply up the valley side to the right of the caves to reach easier ground and the Shipton’s Camp (4230m). Meals and Overnight will be served at Shipton’s Camp.

2.5KM, 31/2-5HRS, 755M ASCENT: PLUS 6KM, 2-3 HRS, 685M DESCENT From the campsite and bunkhouse, go up a steep stony gully that cuts through a cliff, clearly visible a few hundred meters directly in front of the bunkhouse. At the top of the gully, head right across open ground then go steeply up the crest of a broad ridge of scree, aiming roughly due south. The main peaks are to your right, on the other side of a large valley. After two to three hours of walking from Shipton’s you cross a ridge crest and drop very slightly to Harris Tarn. From Harris Tarn, the entire north face of Lenana, rising to the summit, is visible. Note two gendarmes (pinnacles) at the end of a short ridge to the (North-west) of the summit. From the tarn, the path leads up towards the summit, then left across the top of the slope behind the tarn, aiming for the left (east) side of the face. After about 45 minutes, and some hands-out -of pockets section, the ascent of Lenana by the north face is one of the most exhilarating sections. We’ll allow 11/2 – 2 hrs to get from Harris Tarn to the summit. From the summit of Lenana we descend to Hall Tarns (4300m). Meals and Overnight will be served at Halls Tarns.

From Hall Tarns to the aims eastwards, through some bowl – like depressions then past an area eroded rocks resembling mushrooms, to follow a broad ridge crest with the main Gorges Valley down to the right (south). On clear days you get spectacular views down into the valley, past huge rock towers and pinnacles, with Lake Michaelson and the Vivienne Falls below. After three to four hours the path crosses a stream and you’ll go up the far bank to reach the Chogoria roadhead. From hear we track down through the giant heather and forest for another 11/2 to two hours, to reach the park gate (3017m). Meals and Overnight will be served at Chogoria Gate.

From the park gate a dirt road winds down through the forest for 23kms to the forest gate. The route passes through thick bamboo and forest; although the forest is beautiful, after a while you switch to automatic pilot and just keep plodding down. The track is sometimes impassable for cars after rain, but you’ll have no problem getting through on foot. The walk isn’t hard, but it can seem very long after several days on the mountain. From the forest Station gate at the end of the track, it’s still about 6km through fields and villagers to Chogoria town. Meals and Overnight will be served at our town Hotel or our next destination 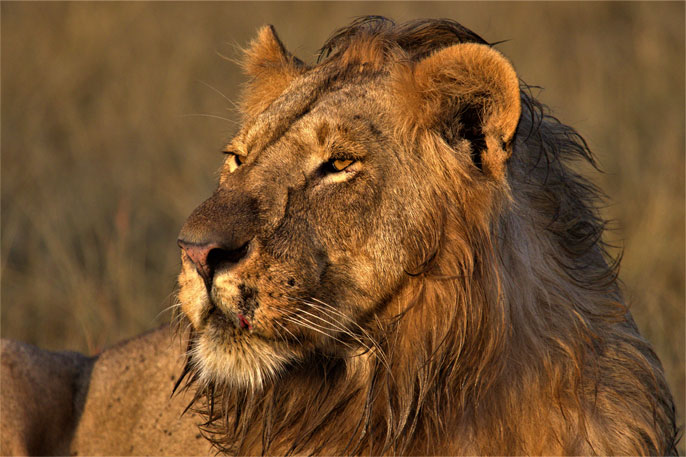 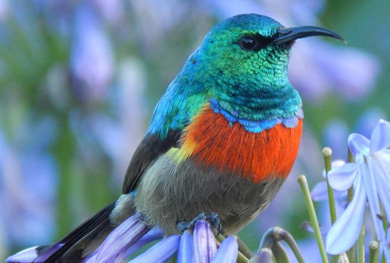 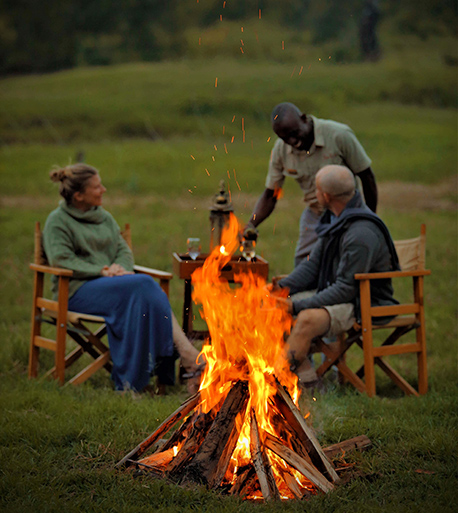