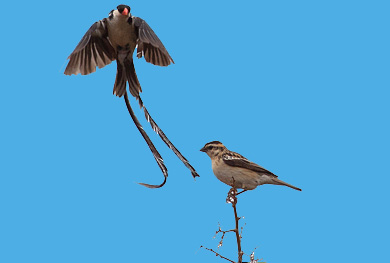 All about the 17 Days Albertine Birding Safari. 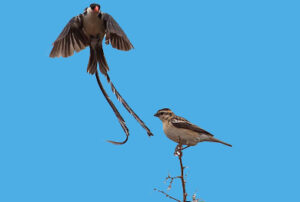 An Overview of the tour: The Albertine Rift region straddling along the borders of DRC, Rwanda, Burundi, Uganda and Tanzania, and stretching over a North-south distance of 1,000 km, supports one of Africa’s unique montane forest biome with a very high degree of endemism.The Albertine Rift is home to more than half of Africa’s bird species and nearly 40 percent of the mammals in Africa. There are more endemic mammals, birds and amphibians here than any other site in Africa. Although the Albertine Rift covers 1 percent of the continent’s landmass, it contains 14.5 percent of its plant species. Mountain Gorillas are one of the flagships of this area. Other species of special concern include chimpanzees and the elephant. The Albertine Rift is important not only for its biological diversity, but also for the ecological processes and services it sustains. The snow-capped Ruwenzori Mountains form one of the largest and most significant catchment areas in Uganda, and the most permanent source of the White Nile.

Day 1: Arrival for the tour.

Meet your professional bird guide and transfer to the hotel for overnight stay. Early arrivals may wish to go birding in the botanical gardens at Entebbe. Stay in Lindsay Cottages or Fairway Hotel.

We make an early start for Kibale National Park, where more than 335 rainforest species have been recorded. Superb birds and primates combined with easy access, a good infrastructure and a variety of interesting activities make this forest a “must-see.”

Kibale harbors the greatest variety and concentration of primates found anywhere in East Africa and is famous for its Chimpanzees. Kibale protects a remarkable 13 primate species, including the very localized Red Colobus and L’Hoest’s Monkey, Galagos, Blue monkey, Red-tailed and Vervet Monkey.

Kibale’s major attraction is the opportunity to track habituated Chimpanzees. These delightful apes are more closely related to humans than to any other living creature, and they are tremendously entertaining to watch as they squabble and play in fruiting trees.

After an early breakfast we will head for the Park visitor center to assemble for a briefing before Chimpanzee tracking. Kibale, with its towering forest, has a well-established Chimpanzee-tracking program with a high success rate. Other primates that may be found include Red & Guereza Colobus, Olive Baboon, Grey-cheeked Mangabey, L’Hoest’s Blue, Vervet and Red-tailed Monkey. Bush Pig and Buffalo, Bushbuck, Blue, Harvey’s and Peter’s Duikers are other shy inhabitants of the forest interior.

We start at dawn after an early breakfast and set off with our packed lunch. We spend the whole day bird watching the Kirumya Trail or any other part of the forest depending on the reliable information from or site guides. The Forest is home to some of the Congo biome species. These include Red-billed, Black-wattled, Black-billed and White-crested Hornbill, African Piculet, Zenkel Honey-guide, Black-chested Cuckoo, Red-rumped Tinkerbird, Rufous-sided Broadbill, Nkurengu Rail, White-bellied, Dwarf, and Pygmy Kingfishers, Piping, White-thighed, Black and White-casqued, and African Pied Hornbills, Fire-crested Alethe, Red-bellied and Blue-billed Malimbe, Swamp Palm Bulbul, Forest Scrub Robin, Green-tailed Bristlebill, Leaf Love, Red-breasted Sparrowhawk, Long-tailed Hawk, Pale-fronted and Chestnut-breasted Negrofinches, Black-winged Oriole, and others.

On this day, we have a morning birding session in Semliki forest, thereafter we transfer to Fort Portal. Stay in Magherita Hotel in Kasese.

After breakfast, with packed lunch, leave for Rwenzori National Park. Special birds of the day include Purple-breasted Sunbird, Abyssinian, Red-faced, Shelly’s and Dusky Crimson-wing, Red-bellied Seed-cracker, Woodhouse Ant-pecker, Stripe-breasted Tit, Forest Flycatcher, Grey Apalis, Ayres and Cassin’s Hawk-eagle and many others. Back to the Magherita Hotel in Kasese.

Today, we shall start early after breakfast and drive to Queen Elizabeth National Park. The Park, which is named after the Queen of England who visited it in 1954, is the second largest national park in Uganda. In terms of diversity this park ranks among the best birding destinations in Uganda with over 610 species recorded, and a one-day record of 296 species.

We’ll do a morning game drive/birding after breakfast, returning to the lodge for lunch. In the afternoon we take a a two-hour boat trip on the Kazinga Channel. Mammals prominent here include Lion, Leopard, Spotted Hyena, African Elephant, African Buffalo, Giraffe, Uganda Kob, Common Bushbuck, Hippopotamus, Common Warthog and the spectacular Giant Forest-Hog, the largest and undeniably least attractive pig on earth.

Today we head further South to Bwindi Impenetrable National Park. Depending on the season we may choose to go through the southern sector of Queen Elizabeth National Park, where there are chances of encountering the Tree-climbing Lions at Ishasha sector. Packed lunch will be arranged in advance to enjoy later as we travel.

Depending on the time of arrival, we may enjoy birding on the self-guided Munyaga trail. Forest Birding at Bwindi provides some of the best bird watching in Uganda and Africa as well, having been voted as the Number One Hotspot in Africa by African Bird Club Members. It is home to over 23 highly localized Albertine Rift endemics.

We set off early with packed lunch to the park headquarters for a briefing prior to Gorilla Tracking. Prepare for one of the most exciting experiences of your lifetime!

Gorillas are gentle animals and it is an unforgettable experience to photograph them as they interact, and to gaze into their intelligent eyes. Watch them in awe as they play and go about their daily activities. Each encounter is different and has its own rewards; you are likely to enjoy the close view of adults feeding, grooming and resting as the youngsters frolic and swing from vines in a delightfully playful display.

Day 13: Bird watching through the “Neck” to Ruhiija

After breakfast we head for a whole day’s birding to the Mubwindi Swamp. The 4 km trail to Mubwindi Swamp drops from 2350m to 2050m and is the best place for some of the most difficult to find of all rift endemics including Grauer’s (African Green) Broadbill the beautiful Regal Sunbird and Archer’s Robin-Chat.

Birding along the main road through the bamboo area for more chances of Albertine Rift and Highland Endemics is productive.

Day 16: Birding to Entebbe via Kampala.

We shall have several stops on the way in order to stretch legs and look at some interesting birds. Stay in Lindsay Cottages, Lake Victoria Hotel, Botanical Beach Hotel. 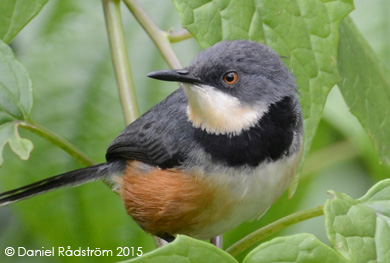 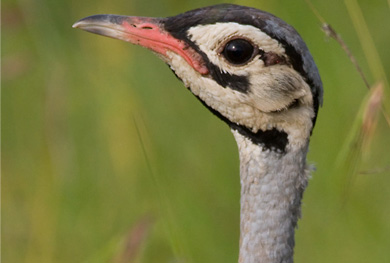 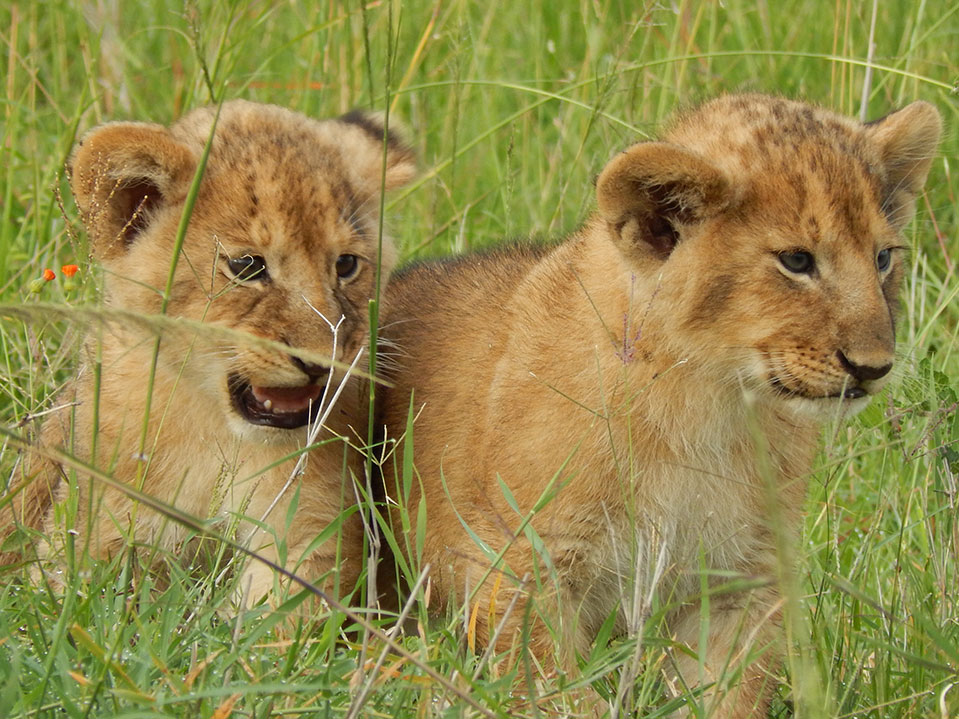